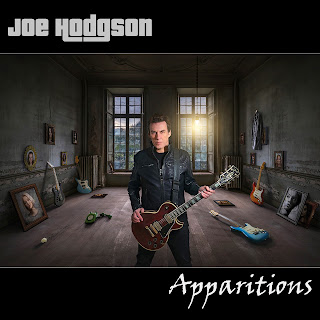 As someone who has played guitar for close to two decades, I understand that the relationship with the instrument can run deep. There is something both beautifully elemental and wildly creative about the guitar which makes it such an endearing medium. But you don't have to be a wizard with the six strings to make amazing music, and those who do verge on the conjuring side often fall into a trap, losing the inherent soulfulness of the instrument for the sake of technical mastery and virtuosic ability.

That line can be a fine one to balance on, and getting the equilibrium right is something many a musician has struggled with when putting the guitar as their centrepiece. From the shredding of Steve Vai, Joe Satriani or Tosin Abasi, to the electric blues of Albert King, Gary Moore or Buddy Guy, it can be all too easy for compositions to end up sounding like one big guitar solo. It takes the ingenuity and skill that all these artists possess to elevate guitar instrumentals into something more significant, and on Apparitions, his debut solo album, Joe Hodgson does exactly that.

Joe Hodgson is a Northern Ireland guitarist who spent many years in London's indie rock scene, playing in bands across the city while honing the instrumental skills which have led him to creating Apparitions. It's an album full of technical guitar work, but fundamentally there is passion and emotion behind every note. Whether this album is crossing into heavier hard rock territory or softer areas of blues and jazz, at no point does it ever feel like a mere exercise in virtuosity. 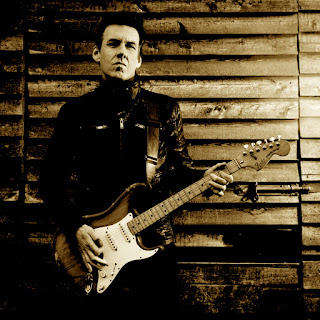 The album opens with a simple interpolation of Bach's Cantata 147, before striding forward with confidence into the absurdly catchy Fly Your Flag. The prominent guitar tone which is portrayed across the album is introduced here, and it's use of octaves and harmonics reminds me heavily of the rich tone of Omar Rodriguez-Lopez. The track is full of melodies which show the influence of Joe's experiences in indie rock, particularly in the huge uplifting choruses. Serena Sonata signals a change of pace into a gentle and sombre flamenco influenced acoustic guitar melody overlaid with some wonderful blues and slide guitar. Half way through things kick up a gear as a flurry of percussion comes in and Joe goes into Van Halen mode, with pinch harmonics, legato runs and finger tapping licks flying all over the place.

Bareback Blues is an appropriately titled track with a mid-tempo groove that reminds me of Jeff Beck's solo work, but with the energy and vibrancy which is already becoming evident as Joe's signature style. The One That Got Away is another more mellow track with a slow backing that allows the guitar lines to really sing out, moving up and down scales with a smooth and deeply intimate tonality. We're given another pace change by the up-tempo funk rock of The Player, the rapid percussion breaks matching the more percussive tone of the guitar. Till The Last Breath is a beautifully melancholic piece with a tone similar to the second half of Layla. It's followed by the strong beats and jagged chords of Long Hard Look, which contains some exciting moments of bluesy soul in the flurry of thrilling licks. 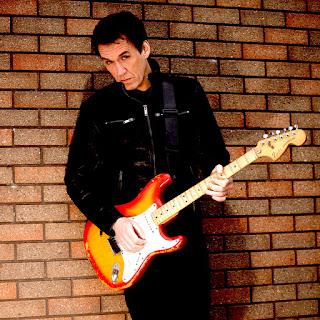 Given the track listing to far I was expecting another soft song next, but the choral introduction is a red herring for what is the heaviest track on the album, Disruptor. It's appropriate considering the title could be the name of some lesser known '80s thrash metal band, and the guitar work here is verging on metallic fury throughout. 10 Feet From Chaos begins by adding some electro-pop synths into the mix which wage war with the fervent energy of the Appalachian banjo style guitar playing. Portrait Of Portia Jayne has an overall darker tone to it, with a rather seductive melody and chord pattern that is both moody and catchy. Resurrection Dance returns to the funk-rock riffs, but this time it's interspersed with complex latin jazz and blues moments, making this one of the more stylistically intricate compositions on the album. Your Fragile Heart is another beautiful instrumental, with soft and delicate arpeggios in the background. The guitar sound here is overlaid with a matching high pitched synth sound that works well in some places to add some extra emotion, but in some moments it grates just a little on the ears.

Running Away From Me is another awesome catchy tune. It's the kind of instrumental that blends rock, funk and soul in the way Red Hot Chili Peppers used to do so brilliantly when John Frusciante was their lead song-writer. Redneck And The Snowflake is another hard hitting rock track with a cracking main riff and another flurry of wild lead guitars throughout. The closing track Losing You Again is a gentle jazzy acoustic number which even introduces a string section that sounds like it's been taken direct from a '40s black and white movie about Parisian romance.

This album is a highly enjoyable collection of songs which portray a superbly skilled musician with the ability to adapt his style to a wide range of instrumentals. The tracklist sometimes becomes a bit disorientating and inconsistent as it often jumps from soft and gentle to loud and fast with each track change. Beyond that though, there really is nothing else negative to say about this record.

There's an old adage in the guitar world about the best practitioners being able to make their instrument sing, and Joe Hodgson really does serenade you with his stings. There's clearly so much emotion and spirit put in to his playing that he comes across like a soul singer who translated his voice onto the fretboard. He makes guitar music that can be enjoyed by more than just theory nerds and shred fans, but by anyone looking for instrumental music that gives you a glimpse into someone's soul.

Apparitions is available to listen on Spotify.  You can find out more about Joe Hodgson and how to support him on his website here