Review: At The Boiling Point by Marshall Oakman 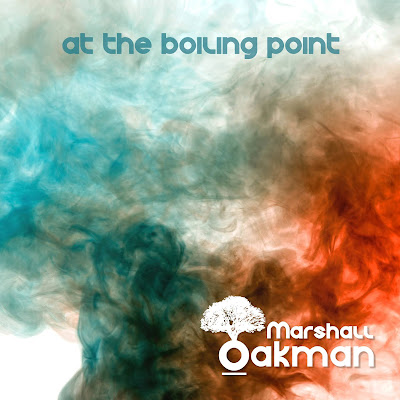 There's something about boogie-woogie in it's modern form that is incredibly joyous. The melting pot of blues, rock n roll and r'n'b that defines the style is infectious but, certainly for those of us in the UK at least, it's rarely heard outside of Jools Holland's TV show jams. And when you do hear it, it's rarely done as well as Marshall Oakman's At The Boiling Point, an instantly catchy and remarkably well composed track that hits every mark a great modern boogie-woogie track should.

Marshall Oakman may not be a familiar name, but over his extensive career the New York based musician has forged an impressive path not only as a talented songwriter but also a tremendous performer, with a strong reputation across the Eastern US. For his latest single he has enlisted the help of fellow New Yorkers Kasim Sulton on bass, Liberty DeVitto on drums and Paul Pesco on guitar, all of whom come with fantastic experience and provide skilful playing on the track. 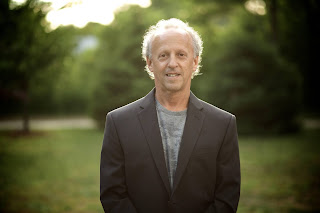 At The Boiling Point is a song that bursts with energy right from it's opening moments, the stomping piano lines instantly getting the feet tapping as the track kicks off. There's a classic blues swing to the piano and guitar, but the rhythm section is actually quite insistent and hard hitting, reminding me a lot of The Rolling Stones during their Exile On Main Street era. Marshall Oakman's voice has a bit of a Mick Jagger timbre to it at times, but he also reminds me of other classic British rock singers like Bowie or McCartney too, particularly with the way he uses subtle harmonies to emphasise his natural dynamics.

I can't help but hear a little bit of Paul Simon in the track too. Perhaps it's just the New York lint in Marshall Oakman's voice, but there is also something about the detailed way the song is composed that evokes Simon's highly sophisticated song-writing style. This could easily have been just a straightforward boogie-woogie track with two riffs and a couple of solos, but it's elevated superbly by the hard rocking chorus and the impeccably crafted bridge sections.

At The Boiling Point is an absolutely brilliant track that manages to combine the energy and danceability of boogie-woogie with intricate song-writing and a brilliantly nuanced vocal performance. Marshall Oakman has really proved himself on this track, and if he wasn't a familiar name before then perhaps, with more songs as good as At The Boiling Point, he is on his way to becoming one.

You can check out Marshall Oakman and his music at the links below:

Review: Kissed By An Angel & Endless Void by Dan Wande

October 01, 2021
At this point I'm pretty familiar with Swedish musician Dan Wande , having written about him and his music several times on this blog, but it's always interesting to see how an artist progresses with each release. On his new two track record, Kissed By An Angel & Endless Void , Dan Wande gives us his most well crafted tracks yet that show a subtle development in song writing, an increasingly polished production, and a solidified sound that establishes well and truly what Dan Wande is all about. Combining the hard hitting and progressive sounds of 80s metal, with the melodic and atmospheric sounds of 70s occult rock and an increased use of darker modern metal grooves, these tracks take you to a place where heavy metal remains sitting atop it's glorious and timeless throne. One of the most definitive changes has been a new band line-up. Whilst Dan Wande has always been the sole song-writer of his music, different performers will always bring something new to a compos
Post a Comment
Read more