Review: I'd Send You My Heart by Chris St. John 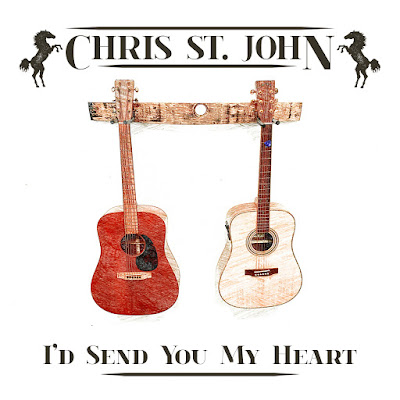 You think you've heard every background story a musician could possibly have, and then a new story appears to surprise and delight you. Chris St. John is a former judge who has spent twenty six years in the legal profession, but has now decided to follow his passion for music. Over the course of those years he has composed a number of excellent songs that tell some of the stories, joys and hardships of his personal life with exquisite beauty. He has brought these together on his gorgeous debut album I'm Dreaming, released earlier this year. I'd Send You My Heart is the stunning closing track to the album that combines all the melancholy of his song-writing style into a simple but perfectly formed ballad.

Telling the story of a lost loved one, the track approaches a theme that is familiar and relatable with a deeply personal touch. While the references to texting and the nature based metaphors feel tangible, they also clearly portray a very specific meaning to Chris St. John. This is made even more evident in his vocal performance which strikes a balance between the fragile, immediately emotive tones of a singer like Damien Rice and the breathy, reflective tones of someone like Nick Drake. 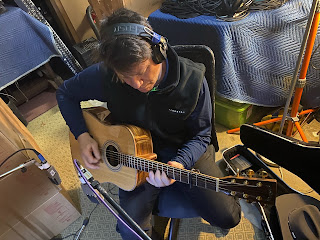 The song is a wonderfully bitter-sweet tune that sits on the bridge between folk and country. There's clearly influences from British folk artists like Donovan and Bert Jansch, as well as singer-songwriters like Joni Mitchell, Leonard Cohen and James Taylor. The sombre melodies have some influence from country, but the way the guitar lines and the string sections fold into each other feels more typical of folk music. It's an incredibly atmospheric track, evoking not only an ethereal ambience but also the wide open landscapes, both of which are referenced in the lyrics. That in itself is rather remarkable, and to be able to craft a piece that so closely evokes it's lyrics with such simple elements shows a very strong musical perception.

There's a real authenticity to the track that shouldn't come as a surprise given Chris St. John's background and his reasons for creating his music. There isn't any other motive here other than to express some deep feelings and experiences in the form of strikingly intimate music. It makes for an incredibly refreshing listen, and one that only goes to show that music is an artform driven as much by emotion as it is by skill.

You can check out Chris St. John and his music at the links below:

March 29, 2021
When I hear a track like Sorry, by New York City newcomer Pepe Dadon, my instant reaction is to be filled with both relief and refreshment. Although it can be argued that production and flows have become too similar in the last few years, I personally find that the main cause of homogeny in modern hip-hop comes from the lyrical content. The same tiresome lines about the vast quantities of sex one's having, drugs one's taking, or money one's earning made sense during the glitzy bling era of rap. But now, when the production styles tend to be drawn from very deep atmospheric soundscapes, this over-the-top braggadocio often comes across as lazy lyricism. Sorry, however, is a wonderfully emotive tale of overcoming hardship, offering apologies to those who might have suffered along the way while finding solace in success. There is never an ounce of arrogance coming out of this track, in fact there is a lot of humility on show, and even when it does delve into those more typical
Post a Comment
Read more

August 31, 2020
Almost every artist during the course of their career will want to develop their sound, often doing so gradually as they discover new ideas and find out what styles they do well. There are those artists though who, rather than making the gradual change, decide to take a big leap and totally change their sound in one step. It can often be a decision which polarises fans, and for some artists this is a headache that can lead to a regression, or as as it's often put 'going back to their roots'. Bob Dylan might have been the first to cause an existential crisis amongst his fans when when he plugged in his fender strat. In the context of the mid-60s it was a much grander change that it appears in hindsight, and there are more modern examples of bigger stylistic changes that have created uproar from fans. Up until recently, Christopher Dallman had been a minimalist indie-folk singer songwriter, producing the kind of simple but intricate guitar-and-vocals music which can be quite
Post a Comment
Read more