Review: Love And Let Die by The Stone MGs 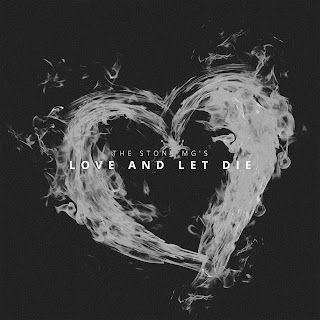 I absolutely loved The Stone MGs previous release, the three track EP Good Times, and I was eager to hear more music from them as soon as possible. Their brilliant clash of Motown Soul and Garage Punk was a complete breath of fresh air at time when truly great new rock'n'roll is tricky to find. Their songs were so well crafted too that it was hard to believe this was a new band taking their first steps. With Love And Let Die, their brand new single, The Stone MGs have written their catchiest song yet, and it shows just how much these guys have to give to music.

And it begins, singer Rodney James belts out a powerful grunt and the tune kicks off. Instantly we're met with a funky punk'n'roll concoction with a plethora of layered instrumentation. The guitar is spiky, the bass is percussive and the drums are tight and groovy. It's a tune that may appear simple on the surface, but in actuality it's quite intricately detailed and as such it probably sits better as a monument to the garage rock revival of the early 2000s than the sounds of the original 60s movement. I can easily imagine members of The Strokes or The Rapture jamming this tune on DJ sets in tiny Brooklyn clubs splashed with the odour of Jack Daniels and Marlboro Lights, leather jackets dotted with glitter reflecting in the dim disco lighting.

The beat is so addictive it's almost impossible not to move your body to this tune. The Superstition style funky harpsichord sounds both referential and totally fresh, and the guitar licks dart and dive throughout the verses throwing fragments of grit in your face as they go past. Rodney James's vocals are deep and soulful, but there's a real note of joy to his delivery too; he's clearly having a lot of fun with this tune and the vocal performance comes across as poised, confident and utterly carefree. 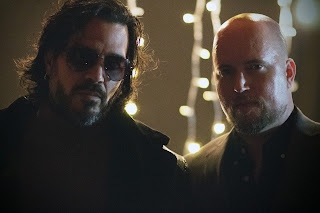 The chorus is an explosion of tension, the guitars and drums going into full swing as the vocals hit a brilliant falsetto. The “ooo ooooo” backing vocals are perfectly placed to emphasise the best moments of the hook. When the track breaks down into a softer funky jam, the suspense quickly builds before there's an even bigger release, the chorus kicking back in with an added sense of wild joy. As the song heads towards it's conclusion the band just let rip, all the instruments flailing and wailing towards the finish before suddenly crumbling into dust.

This isn't just the The Stone MGs catchiest song yet, this could genuinely be their breakthrough. Rock'n'roll needs a band like this right now; fearlessly retro but with an effortlessly modern production style that adds the kind of nuanced layering you often need to turn a catchy tune into a great song. With all the earnest self-indulgence that some of the last generation's greatest rock bands have been peddling in recent years (I'm looking at you Arctic Monkeys) a band like The Stone MGs feel like such a rush of excitement. They're not just playing retro inspired music, they're bringing that music forward into a new era and making it wholly their own. I cant wait to see what these guys could do in the future, whether they stick to singles or put together a whole album. I really hope that increased recognition starts to come their way too, because if you like rock'n'roll and haven't heard The Stone MGs yet then you are truly missing out.

March 29, 2021
When I hear a track like Sorry, by New York City newcomer Pepe Dadon, my instant reaction is to be filled with both relief and refreshment. Although it can be argued that production and flows have become too similar in the last few years, I personally find that the main cause of homogeny in modern hip-hop comes from the lyrical content. The same tiresome lines about the vast quantities of sex one's having, drugs one's taking, or money one's earning made sense during the glitzy bling era of rap. But now, when the production styles tend to be drawn from very deep atmospheric soundscapes, this over-the-top braggadocio often comes across as lazy lyricism. Sorry, however, is a wonderfully emotive tale of overcoming hardship, offering apologies to those who might have suffered along the way while finding solace in success. There is never an ounce of arrogance coming out of this track, in fact there is a lot of humility on show, and even when it does delve into those more typical
Post a Comment
Read more

August 31, 2020
Almost every artist during the course of their career will want to develop their sound, often doing so gradually as they discover new ideas and find out what styles they do well. There are those artists though who, rather than making the gradual change, decide to take a big leap and totally change their sound in one step. It can often be a decision which polarises fans, and for some artists this is a headache that can lead to a regression, or as as it's often put 'going back to their roots'. Bob Dylan might have been the first to cause an existential crisis amongst his fans when when he plugged in his fender strat. In the context of the mid-60s it was a much grander change that it appears in hindsight, and there are more modern examples of bigger stylistic changes that have created uproar from fans. Up until recently, Christopher Dallman had been a minimalist indie-folk singer songwriter, producing the kind of simple but intricate guitar-and-vocals music which can be quite
Post a Comment
Read more